Showing posts from February, 2016
Show all

- February 24, 2016
Read Luke 6:27-36 [i] The first and greatest commandment, according to the Lord Jesus, is to love the Lord your God with all your heart.  The second commandment is to love your neighbor as yourself.  Luke 6:20-26 paints a picture of what it looks like to love God.  Luke 6:27-36 paints a picture of what it looks like to love your neighbor. The key word is compassion.  Verse 36 uses the word compassion.  Luke 6:36 says, “You must be compassionate, just as your Father is compassionate.”  “Help Word-studies” defines the word used for compassion in this verse as: “compassionate, experiencing deep pity (lamentation) as God has for people who look to Him for help in their difficult situations.” [ii]   The word visceral also describes the response of this kind of compassion.  This points to a deep-down, gut-level response.  In order to have this kind of response, we must identify closely with the circumstances and conditions of another person.  Luke 6:27-36 shows us how we can do
Post a Comment
Read more

- February 18, 2016
Blessings and Woes Read Luke 6:17-26 [i] Jesus spent all night in prayer.  Then he chose and ordained the twelve to be His Apostles, His specially chosen messengers, followers and disciples. Coming down from the Mountain, He met with a large crowd.  The crowd included the twelve, a large number of disciples and then a multitude of others. The discourse that follows seems the same as Matthew 5, the Sermon on the Mount, but there are several differences.  Most notably, in Matthew, the discourse takes place before the choosing of the twelve, and in Luke, it is given immediately after the choosing of the twelve.  The discourse in Luke covers some of the same as the discourse in Matthew, but it is shorter.  Jesus repeated many of His teachings, and therefore this may well have been a different occasion.   Luke 6:19 says, “Everyone tried to touch him, because healing power went out from him, and he healed everyone.” There was healing power in Jesus.  John 1:16 says, “F
2 comments
Read more 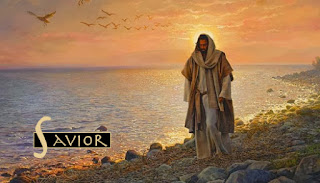 Luke 9 Luke 9 begins with an account of Jesus sending out His disciples on an itinerant ministry.  This served a double purpose of training the disciples as well as multiplying the ministry of Jesus. Jesus’s ministry was so effective that it got the attention of King Herod.  Herod was confused because he thought that perhaps John the Baptist had come back from the dead.  This, in his mind, was the reason Jesus was able to work miracles. Jesus’s ministry also got the attention of the common people.  For example, when His disciples returned from their itinerant ministry, Jesus took them to a deserted place to be alone.  However, word quickly spread and a large crowd gathered.  Jesus taught the crowd and healed the sick that were brought to Him.  It was a deserted place, and at the end of the day, Jesus did not want to send them home without food.  Therefore, He fed them.  Five loaves and two fish fed a huge crowd with twelve baskets left over.  After more than
1 comment
Read more

Luke 4:22-30 [i] Jesus says, “The Scripture you’ve just heard has been fulfilled this very day!”  (Luke 4:21)  He is talking about Isaiah 61:1-2 where it says, “The Spirit of the Lord is upon me, for he has anointed me to bring Good News to the poor.  He has sent me to proclaim that captives will be released, that the blind will see, that the oppressed will be set free, and that the time of the LORD’s favor has come.”  Luke 4:22 tells us, “Everyone spoke well of him and was amazed by the gracious words that came from his lips.”  The setting for these events was Nazareth, Jesus’s boyhood home. Jesus was the subject of quite a bit of conversation.  Luke 4:14-15 tells us: 14 Then Jesus returned to Galilee, filled with the Holy Spirit’s power.  Reports about him spread quickly through the whole region.   15 He taught regularly in their synagogues and was praised by everyone. The reports about him included His ministry in Capernaum and around the shores of
Post a Comment
Read more
More posts