Showing posts from January, 2021
Show all

What’s Love Got to Do with It? 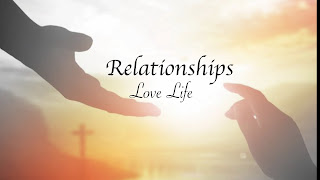 In 1984, Tina Turner released the second biggest hit of the year, “ What ’ s Love Got to Do with It.” The world in which we live has lost the meaning of love, especially concerning the relationship between a man and a woman. The physical act of union is called “ making love,” but from what I see portrayed in entertainment, love does not have anything to do with it. The world in which we live is lost, hopelessly lost, in its understanding of the marriage relationship. Much of this confusion has worked its way into the Church. Disagreements on a broad range of subjects from sex before marriage, cohabitation, divorce, and abortion should not surprise us since everybody is their own authority. I find the pooh-poohing of what God says to be disturbing. Everybody has their opinion, especially on this subject. However, I ask that you consider what the Bible has to say. My opinion is not better than yours, but both my opinion and your opinion need to be subject to the Bible. Examine the B
Post a Comment
Read more

What Manner of Spirit

Luke 9:46-56 In Luke chapter nine, Jesus reveals who He is to His Apostles. He demonstrated to them that He is God. Along with this revelation, Jesus says something that confused and troubled the Apostles. He said: Luke 9:22 (NKJV) The Son of Man must suffer many things, and be rejected by the elders and chief priests and scribes, and be killed, and be raised the third day. Jesus told them repeatedly that He was going to Jerusalem to die. However, they did not understand. Luke tells us: Luke 9:45 (NKJV) But they did not understand this saying, and it was hidden from them so that they did not perceive it; and they were afraid to ask Him about this saying. The Apostles could not understand what Jesus was telling them. Matthew tells us that when Jesus started telling them He was going to die at the hands of the chief priest and scribes, Peter rebuked Jesus. Matthew 16:22 says: Matthew 16:22 (NKJV) Then Peter took Him aside and began to rebuke Him, saying, “ Far be it from Y
Post a Comment
Read more

Luke 9:23-45 Who is Jesus? When we say that He is the Son of God, what do we mean? Jesus said of Himself: John 14:6 (NKJV) I am the way, the truth, and the life. No one comes to the Father except through Me. If this is true, and it is, then nothing is more important than knowing who Jesus is. Jesus spent three years with twelve men teaching them the truth about who He is. He did this so the world can know who He is. Jesus gives anyone who comes to Him free access without cost or charge. And yet in what seems like a contradiction, knowing Him cost everything. Jesus put it to His disciples as follows. He said: Luke 9:23–24 (NKJV) 23 If anyone desires to come after Me, let him deny himself, and take up his cross daily, and follow Me. 24 For whoever desires to save his life will lose it, but whoever loses his life for My sake will save it. Who is Jesus that He should demand such devotion? How can He promise that losing one’s life for His sake means saving that life? Indeed
Post a Comment
Read more
More posts