Showing posts from December, 2018
Show all

The Voice of a Few Wise Men 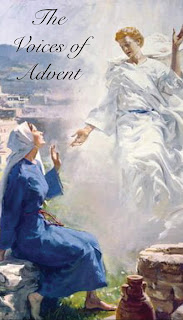 Matthew 2:1-12 Jesus was born in Bethlehem in Judea, during the reign of King Herod. About that time some wise men from eastern lands arrived in Jerusalem, asking, “Where is the newborn king of the Jews? We saw his star as it rose, and we have come to worship him.” ( Matthew 2:1-2 NLT ) Allow me to once again speculate as to who these wise men were. I wrote about these wise men in 2015 in a message titled “Wise Men,” and then again in 2017 in a message titled “Truth Made Clear.” For those of you with exceptionally good memories, some of this material will be a repeat of those articles. Matthew tells us these men came from “eastern lands.” We have often heard these wise men called “magi.” This is because Matthew wrote in Greek, and the Greek word is “μάγοι” ( magoi ). This was the title used for the priests and sages of the Babylonians and the Persians. Since they brought gifts consistent with the region of Arabia, we assume they were from that area. We are certain
1 comment
Read more

The Voice of a Teacher

Luke 2:25-35 In about 110 BC, in Babylon, a Jewish child was born. He was given the name Hillel. He became an important figure in Jewish history and is associated with the development of the Mishnah and the Talmud. Hillel established a school in Jerusalem for the study of the law. [1] Hillel had a grandson, Gamaliel. We learn in Acts 22:3 that Gamaliel was the teacher of the Apostle Paul. Gamaliel was also the one who counseled the Sanhedrin to exercise restraint in dealing with the Apostles in Acts 5. Among Jewish scholars only seven have been honored with the title “Rabban.” Gamaliel was one of these. [2] Between Hillel and his grandson, Gamaliel, was Gamaliel’s father, a man named Simeon. Simeon succeeded his father, Hillel, as president of the school Hillel founded and was also a member of the Sanhedrin. Simeon was actually the first teacher to be given the title “Rabban,” and according to Jewish tradition he was filled with a prophetic spirit. Tradition also has
1 comment
Read more

The Voice of an Old Priest

Luke 1:67-80 Have you ever questioned if you have gone too far? Or, perhaps you question if a loved one has gone too far. Is anyone beyond reaching? When does God call off the chase and let a person go? In truth, He always lets every person go, but He never calls off the chase. Romans chapter 1 describes for us how God turns us over to the lust of our flesh and its associated consequences. The Garden of Eden demonstrates how this works. God could have prevented Adam and Eve from eating the fruit of the tree of the knowledge of good and evil. However, He did not. Creating them in His image meant that He gave them the ability and power to make choices. At the same time, God has never given up and discarded the human race. He came close. At the time of Noah, God destroyed all the people on earth except eight persons. Before and after the flood, God has kept for Himself a witness and a testimony to His love and compassion for the people He created. He never stops pursuing, w
Post a Comment
Read more
More posts