Showing posts from August, 2016
Show all

The Heart of Worship 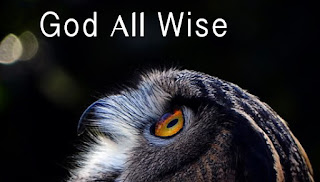 Psalm 100 [i] Songs shape and reflect culture. Songs reflect culture by capturing the mood, the thoughts and values of the day.  Songs shape culture by influencing the mood, the thoughts and values of the day. We as Christians have our own songs and culture.  God has provided us with a unique songbook.  We know it as the book of Psalms.  It is included in the wisdom literature of the Old Testament because it has a unique ability to shape our hearts and transform our lives.  These songs can capture our mood, thoughts and values on any given day.  They also have the ability to influence our mood thoughts and values. Today we are going to look at just one of these Psalms, Psalm 100. Psalm 100 is a song of thanksgiving and praise.  Over the millennia, it has been a favorite of God's people as an expression of our worship.  This Psalm calls us to praise the Lord.  This call to worship includes two things.  It includes delighting ourselves in the Lord, and
Post a Comment
Read more

- August 26, 2016
In Matthew 16:13-24 we see Jesus finishing up a three stop equipping tour. He had been to Tyre/Sidon, the Decapolis, and now Ceasarea Philippi. The following are three encouraging points from this passage. Encouragement One Jesus makes a promise with an authority like no other... "I WILL BUILD MY CHURCH." When Jesus makes a promise, he keeps it. When he speaks, whatever he says happens. Jesus uses ordinary people like you and me to be disciple-makers. Jesus uses us to build his church. Nothing can stop Jesus from building his church. No spears, bullets, fighter jets, bombs, terrorists, other religions. Nothing, not even the gates of hell can overcome Jesus building his church. In Matthew 28:18 Jesus said that all authority in heaven and on earth has been given to me. Be encouraged by this and refuse to believe the lies of our enemy. Encouragement Two Jesus had and still has an unwavering commitment to build the church for all people in all places arou
Post a Comment
Read more

The Fruit of Folly

The story of the Queen of Sheba’s visit to Solomon is famous.  It has been fictionalized and made into something it was not.  However, it illustrates the fame of Solomon’s wisdom.  The Queen of Sheba was probably from the Arabian Peninsula.  She likely came from modern-day Yemen, which is approximately 1400 miles from Jerusalem.  Traveling with a large train of camels as 1 Kings 10 tells us she did, the trip would have taken at least 70 days each way.  This is a long time for a monarch to be away from her kingdom.  However, having heard of Solomon’s wisdom, the Queen of Sheba made the trip in order to test Solomon with hard questions. It is instructive to hear what she had to say.  Here is what she said: “Everything I heard in my country about your achievements and wisdom is true!  I didn’t believe what was said until I arrived here and saw it with my own eyes.  In fact, I had not heard the half of it!  Your wisdom and prosperity are far beyond what I was told.  How
1 comment
Read more

A Dwelling Place For God

People are prone to make holy places. As Christians, we consider it special to walk in the places where Jesus walked.  Places like Jerusalem, Bethlehem, Nazareth and Cana of Galilee could be considered our holy places. According to Wikipedia, the Buddha is said to have identified four sites most worthy of pilgrimage, and that visiting such sites would produce a feeling of spiritual urgency. [i] The religion of Islam has as its most holy place the well-known city of Mecca.  Google had this to say about Mecca: Mecca, in a desert valley in western Saudi Arabia, is Islam’s holiest city, as it’s the birthplace of the Prophet Muhammad and the faith itself.  Only Muslims are allowed in the city, with millions arriving for the annual Hajj (pilgrimage).  Dating from the 7th century, the central Masjid al-Haram (Sacred Mosque) surrounds the Kaaba, the cloth-covered cubic structure that’s Islam’s most sacred shrine. [ii] This human fascination with holy places is seen in
Post a Comment
Read more
More posts