Showing posts from September, 2020
Show all

The Word of the Lord

1 Samuel 3 1 Samuel 2:12 (NKJV) : Now the sons of Eli were corrupt; they did not know the Lord. Eli was from the house and lineage of Aaron, the one chosen by God to be the Priest and spiritual leader of His people. The priesthood passed down for generations through the line of Aaron. These priests were responsible for leading Israel, and there was no king or governor. Israel was a theocracy, a nation ruled by God. Therefore, the Priests were the leaders that the people looked to for guidance in all matters, political and religious. There was no separation of church and state. The Scriptures’ indictment of the sons of Eli begins with their corruption. The word that this word “ corrupt” was translated from is most often translated “ worthless one.” As leaders, these sons of Eli were indeed “ worthless ones.” 1 Samuel 2:13-17 explains how Eli ’ s sons defiled the sacrifices the people were making to the Lord. At the passing of their father, they would be the leaders and judges
Post a Comment
Read more

The Desires of the Heart 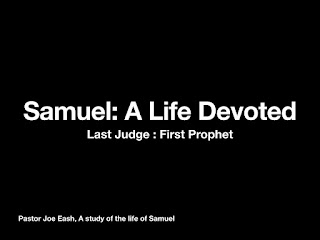 1 Samuel 1 Hannah faced an unwinnable battle. Her obstacle was beyond her ability to change or influence. She could not have children. Her own body was the source of her misery. And, as if that were not enough, her human rival mercilessly needled and persecuted her. Ephesians 6:10 tells us: Ephesians 6:12 (NKJV) For we do not wrestle against flesh and blood, but against principalities, against powers, against the rulers of the darkness of this age, against spiritual hosts of wickedness in the heavenly places. Hannah was a woman of God. Her human rival was not her real enemy. Her true enemy was the same one who is our enemy today. This enemy is the one who attacked Job, stirred up David to sin, and tempted our Lord in the wilderness. He is called the accuser of the brethren. “ Accuser” or “ Adversary” is the meaning of his name. The Hebrew word שָׂטָן (satan) means to oppose, obstruct, or accuse. The Greek term (σατάν, satan) literally means “ adversary.” In the New Testament,
Post a Comment
Read more

The End of a Letter 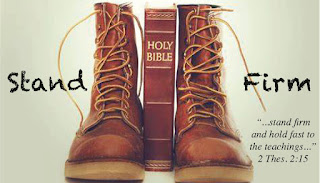 1 Thessalonians 5:12-28 1 Thessalonians 5:27 (NKJV) 27 I charge you by the Lord that this epistle be read to all the holy brethren. Paul desired that his letter to the Thessalonians be read to all believers. Paul was clear about his ministry. He had a commission from God to take the Gospel to the Gentiles, also called the nations. Therefore, Paul considered his mission to be of the utmost importance. He called himself an apostle to the Gentiles. Romans 11:13 (NKJV) 13 For I speak to you Gentiles; inasmuch as I am an apostle to the Gentiles. He explained that he received his apostleship from God and that God singled him out to be a minister to the Gentiles. 1 Corinthians 15:3–11 (NKJV) 3 For I delivered to you first of all that which I also received: that Christ died for our sins according to the Scriptures, 4 and that He was buried, and that He rose again the third day according to the Scriptures, 5 and that He was seen by Cephas, then by the twelve. 6 After that He was s
Post a Comment
Read more
More posts