Showing posts from June, 2016
Show all

The King and His Friend 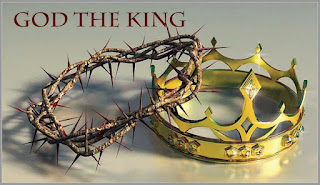 1 Samuel 18:1-4 [i] God describes himself as King of kings and Lord of lords.  He is the creator of the universe and ruler over all.  He is more than a King, but some of our relationship to him is best understood by the metaphor of a king. He is also a covenant God.  In other words, He makes promises, and He keeps His promises.   The character of God never changes.  Therefore, His promises never fail. We are created in the image of God.  We make promises, but our promises fail because of sin.  Sin has marred the image of God in man.  However, there are incidents recorded in history where human actions reflect the character of God.  Today we are going to consider just such an incident in the life of David.  In the relationship of David and Jonathan, we see reflected a glimpse of God's character.  It is part of God’s character to make promises. In 1 Samuel 17, we read the story of the young shepherd, David, killing the giant, Goliath.  After David kille
2 comments
Read more

1 Samuel 16-17 [i] The 23 rd Psalm starts out, “The Lord is my Shepherd.” This is an emphatic statement that captures the heart with its comfort and security.  Jesus said, “I am the good shepherd. The good shepherd lays down his life for the sheep.”  (John 10:11, ESV) [ii]   God was the Shepherd-King of Israel but they asked for a human king. (1 Samuel 8) When Israel wanted a king, God gave them the tallest, best-looking man in the country.  At first, he proved to be just what they wanted.  But as time went on, he proved to be unstable and paranoid.  Later, God would tell them, “In my anger I gave you kings.”  (Hosea 13:11)  We see evidence of this in what followed with Saul. 1 Samuel 16:14 tells us, "Now the Spirit of the LORD had left Saul, and the LORD sent a tormenting spirit that filled him with depression and fear."  The only treatment for Saul's malady seemed to be soothing music.  The strong man that the people hoped would be the solution to
Post a Comment
Read more

1 Samuel 15 [i] Saul was Israel's first King.  The people insisted they wanted a king.  God chose a man they would like.  He was the son of a wealthy, influential man named Kish.  1 Samuel 9:2 tells us, "His son Saul was the most handsome man in Israel – head and shoulders taller than anyone else in the land." Saul proved to be just what the people wanted. 1 Samuel 14:47-48 tells us: Now when Saul had secured his grasp on Israel’s throne, he fought against his enemies in every direction—against Moab, Ammon, Edom, the kings of Zobah, and the Philistines.  And wherever he turned, he was victorious.  He performed great deeds and conquered the Amalekites, saving Israel from all those who had plundered them. However, some of what the Lord had warned the people about happened early in the reign of Saul.  1 Samuel 14:52 tells us, “The Israelites fought constantly with the Philistines throughout Saul’s lifetime.  So whenever Saul observed a young man
Post a Comment
Read more

- June 07, 2016
1 Samuel 8 [i] The people of Israel had a problem.  Samuel, who had been their judge and leader for many years, had appointed his sons, Joel and Abijah, to be judges.  However, Samuel's sons were greedy and wicked men.  Israel had a history of such men.  Samuel had been the one who pronounced God's judgment on Eli and his sons for the same problem.  In addition, during the time of the judges, Israel had been repeatedly oppressed by the surrounding nations.  The Moabites, the Midianites, the Ammonites and the Philistines were a few of the nations that overran and oppressed Israel. Judges chapter 2 makes it clear that the reason these nations were able to overrun Israel is because the Israelites rebelled against God and God turned them over to their enemies. Therefore, between evil greedy descendants of good judges and strong, powerful nations surrounding them, the children of Israel were ready for change.  The elders of Israel gathered to talk with Samuel.  They
Post a Comment
Read more
More posts