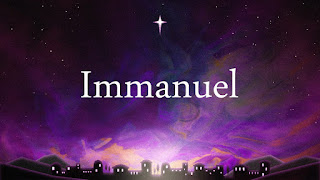 Ahaz was in trouble.

Two larger kingdoms joined together and chose a man to put on Ahaz’s throne.

Let’s learn a little of who Ahaz was. 2 Kings 16 tells us this about Ahaz:
In the seventeenth year of Pekah the son of Remaliah, Ahaz the son of Jotham, king of Judah, began to reign. Ahaz was twenty years old when he began to reign, and he reigned sixteen years in Jerusalem. And he did not do what was right in the eyes of the Lord his God, as his father David had done, but he walked in the way of the kings of Israel. He even burned his son as an offering, according to the despicable practices of the nations whom the Lord drove out before the people of Israel. And he sacrificed and made offerings on the high places and on the hills and under every green tree. (2 Kings 16:1-4 ESV)

Ahaz was not a good king. He did not follow the Lord, and he did not keep the first of the Ten Commandments.

Therefore, the Lord allowed his enemies to triumph over him. 2 Chronicles 28 tells us about this.
Therefore the Lord his God gave him into the hand of the king of Syria, who defeated him and took captive a great number of his people and brought them to Damascus. He was also given into the hand of the king of Israel, who struck him with great force. For Pekah the son of Remaliah killed 120,000 from Judah in one day, all of them men of valor, because they had forsaken the Lord, the God of their fathers. And Zichri, a mighty man of Ephraim, killed Maaseiah the king's son and Azrikam the commander of the palace and Elkanah the next in authority to the king. (2 Chronicles 28:5-7 ESV)

The king’s son, the commander of the palace and the person second to the king had been killed by Pekah. The king of Syria had taken a great number of the people of the nation captive to Damascus. The two kings who had inflicted such damage on Judah were now planning to conquer the nation and put their own vassal in charge. Isaiah 7:6 tells us their plan.
Let us go up against Judah and terrify it, and let us conquer it for ourselves, and set up the son of Tabeel as king in the midst of it. (Isaiah 7:6 ESV)

These were dark days for Ahaz. He was desperate. As we have seen from his history, he did not deserve God’s help. He did not serve God, fear God or honor God. However, God, in His grace and for the sake of His servant David, sent Ahaz a message through Isaiah the prophet. The message started with:
Be careful, be quiet, do not fear, and do not let your heart be faint because of these two smoldering stumps of firebrands, at the fierce anger of Rezin and Syria and the son of Remaliah. (Isaiah 7:4 ESV)

God’s promise, according to Isaiah 7:7 was that this plan would not come to pass. He was not going to let it happen. To make His point God said to Ahaz:
Ask a sign of the Lord your God; let it be deep as Sheol or high as heaven. (Isaiah 7:11 ESV)

Ahaz apparently thought he would play politics with God and acting very self-righteously said:
I will not ask, and I will not put the Lord to the test. (Isaiah 7:12 ESV)

This man who did not fear God nor serve God at least knew enough Scripture to know that God had said one should not test Him. However, God knew Ahaz and so God was not taken in by Ahaz’s play-acting. God responded:
Hear then, O house of David! Is it too little for you to weary men, that you weary my God also? (Isaiah 7:13 ESV)

Ahaz’s situation makes me think of the politics and relations between nations of our day. The intrigue between nations is just as bad today as it was in Ahaz’s day. And, leaders like Ahaz are still to be found.

It was into a very dark situation that God spoke and said:
Therefore the Lord himself will give you a sign. Behold, the virgin shall conceive and bear a son, and shall call his name Immanuel. (Isaiah 7:14 ESV)

It was no accident that Jesus was born at night. The night is a picture of the world that He was born into. Isaiah 9:2 says:
The people who walked in darkness have seen a great light; those who dwelt in a land of deep darkness, on them has light shone. (Isaiah 9:2 ESV)

We watch the news and are disgusted with our politicians.

When God responded to Ahaz, He said, “the Lord himself will give you a sign.” The sign comes from God.

Our hope is not in man. Ultimately, Ahaz died and was buried without the honor normally given to kings. 2 Chronicles 28:27 tells us they did not bury him in the tombs of the kings. This came about because Ahaz did not believe the prophet, the sign and the word of God. God had warned Ahaz. Isaiah 7:9 says:
If you are not firm in faith, you will not be firm at all. (Isaiah 7:9 ESV)

The NIV captures the meaning of this sentence when it translates it:
If you do not stand firm in your faith, you will not stand at all.

Out of this true story, comes a prophecy that is at the center of our celebration of Christmas. This story illustrates why God made Christmas.

First, the world is in darkness.
John 1:5 tells us:
And the light shines in the darkness, and the darkness did not comprehend it. (John 1:5 NKJV)

Second, the Lord Himself needed to provide the sign.

We cannot save ourselves and instead of humbling ourselves before the Lord, we try to be clever with Him.

Our inability to save ourselves seems to be a hard truth for us to accept.

What is your greatest fear?

It is hard for us to admit that our lives have become unmanageable and we need the help of God to save us.

Many, even in churches this Christmas, will not stand in the judgment because they will not believe. They view Jesus as a helper and a friend, but not as the only way of Salvation, the Son of the living God.

The Bible says:
And just as it is appointed for man to die once, and after that comes judgment, so Christ, having been offered once to bear the sins of many, will appear a second time, not to deal with sin but to save those who are eagerly waiting for him. (Hebrews 9:27-28 ESV)

This passage deals with the hard truth of the darkness, every person will die, and then face judgment. However, this passage tells us what Jesus did when He came to earth as a baby. He died for our sins. He was offered for our sins.

This truth is followed by the promise He will come again and look at what it says. “...not to deal with sin but to save those who are eagerly waiting for him.”

When Jesus came the first time, very few people noticed. The King of Kings, Immanuel was born, and the world was going about its business as usual.

Here we are on Immanuel’s 2019th birthday, and much of the world is carrying on just as Ahaz did. Very few people recognize the signs of the times and that Jesus is coming again. He is coming to save those who are eagerly waiting for Him. No one knows the day or the hour, but if we look at the signs, we know that the season is here.

We Americans are so fixated on Washington and all the shenanigans going on there that we miss the fact that God has decreed things for the land and people of Israel that are taking place now.

All this to say, Jesus is coming again. Immanuel, God with us. He came the first time to give light in the darkness, to pay for our sins and to give us hope. Christmas is a sign to us that He is coming again.

What are you hoping in? Where are you looking for help in this dark world? God made Christmas to dispel the darkness and give us hope.