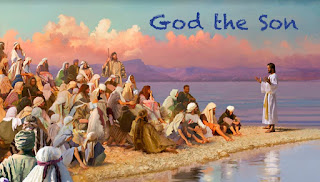 Have you heard the call of God on your life?

How will you know or how do you know?

Matthew 4 and Matthew 9 contain three examples of people who were called directly by Jesus.  Let’s look at these passages and see what we can learn about God’s call.

Matthew 4:18 says:
One day as Jesus was walking along the shore of the Sea of Galilee…[i]

Here is what we know about the Sea of Galilee today:
The Sea of Galilee is Israel’s largest freshwater lake.  The sea is about 13 miles long and 7 miles wide, but only 150 feet deep, and it lies 650 feet below sea level.  The Sea of Galilee is currently surrounded by Israel from about the 3 o’clock position to the 12 o’clock position, and by the Golan Heights from 12 to 3.  It’s a primary source of drinking water for Israel as well as a popular area for recreation and tourism.  It is fed by the Jordan River, which then drains to the south and flows to the Dead Sea (aka: Salt Sea).  Lately, a lack of rain has threatened the water level in the Sea of Galilee and induced the proliferation of desalination units.  It’s also a significant site in the New Testament.[ii]

Jesus spent much of His three-year ministry on the shores and land surrounding this very lake.  In the days of Jesus, Galilee was also a source of food.  Peter and his brother Andrew owned their own boat, and made their living by fishing on the Sea of Galilee. (Luke 5:3 refers to Jesus sitting in a boat owned by Peter.)  James and John worked with their father, Zebedee, in the family fishing business.

At the beginning of His public ministry, Jesus was baptized by John in the Jordan River.  Then, immediately after being baptized, He was led by the Holy Spirit into the wilderness to be tested.  After His testing, Jesus began preaching, “Repent of your sins and turn to God, for the Kingdom of Heaven is near.” (Matthew 4:17)  He also chose disciples to be with him and so that He might send them out to preach.  (Mark 3:14)  His first disciples came from Galilee, where His ministry began.

Galilee was a normal place.  It was like your hometown or my hometown.  People lived, raised their families and died there.  God does not go to exotic places in search of exotic people.  He comes to normal places, places like where you are right now, and calls normal people.

Matthew 4:18 tells us:
One day as Jesus was walking along the shore of the Sea of Galilee, he saw two brothers--Simon, also called Peter, and Andrew--throwing a net into the water, for they fished for a living.

Jesus was on the shore of Galilee, and He saw two brothers.  This seems like a chance meeting, but it was not.  Speaking to the prophet Jeremiah, God said, “I knew you before I formed you in your mother's womb.  Before you were born I set you apart and appointed you as my prophet to the nations.”  (Jeremiah 1:5)  This was true of Peter and Andrew, the two brothers Jesus saw.  This is true of all of us.  Your meeting with Jesus was no accident.  Peter and Andrew were throwing their nets into the water.  Fishing is what they did for a living.  This was a normal day for them.  They were going about their everyday business.  Jesus interrupted their lives.  The call of God comes to us when we are going about the normal path of our lives.

Jesus’ call is to “Follow Me.”  He gives this call to all, but few listen and fewer heed.  The first thing we notice about Jesus’ call to follow is that it is an interruption.  For Peter and Andrew, James and John, and Matthew, who we are looking at today, Jesus’ call was an interruption.  They were busy.  They all had things to do and they all presumably had plans.  Jesus’ call is rarely convenient.  It is often uncomfortable and it always calls us to leave something behind.  For Paul, it was an interruption on the Road to Damascus.  He left behind His pursuit of righteousness through works.

Let’s consider Jesus’ call to Peter and Andrew.  Matthew 4:19-20 says:
19Jesus called out to them, “Come, follow me, and I will show you how to fish for people!”  20And they left their nets at once and followed him.

Verse 18 just told us they made their living by fishing.  What did Jesus mean by “fish for people?”  Was this how they were going to make a living?  It sounds intriguing.  However, Jesus asked them to leave their regular employment and step out in faith.

Hebrews 11:6 says:
And it is impossible to please God without faith.  Anyone who wants to come to him must believe that God exists and that he rewards those who sincerely seek him.

The call to follow is always a call to faith.  God may or may not call you to leave what you are doing, but He will always call you to trust Him.

Peter and James left their nets and followed Jesus.  Matthew 4:21-22 continues:
21A little farther up the shore he saw two other brothers, James and John, sitting in a boat with their father, Zebedee, repairing their nets.  And he called them to come, too.  22They immediately followed him, leaving the boat and their father behind.

They were in the boat with their father.  Mark 1:20 says they left their father in the boat with the hired men.  They had a family business, and they left it.  This brings to mind Luke 14:26 which says:
"If you want to be my disciple, you must hate everyone else by comparison--your father and mother, wife and children, brothers and sisters--yes, even your own life.  Otherwise, you cannot be my disciple.
Or, Matthew 10:37 which says:
If you love your father or mother more than you love me, you are not worthy of being mine; or if you love your son or daughter more than me, you are not worthy of being mine.

The call of God on our lives is a call to commitment of the deepest kind.  It has always been thus.  At the very outset, when God gave the Law, He said:
4“Listen, O Israel!  The LORD is our God, the LORD alone.  5And you must love the LORD your God with all your heart, all your soul, and all your strength.  (Deuteronomy 6:4-5)

This is a call to a mutual commitment.  God has already given His one and only Son for you.  Jesus loves you so much He chose to die for you.  He loved us first.

Peter and Andrew show us faith.  James and John show us loyalty.  If we look at Matthew 9:9-13, we will see repentance.
9As Jesus was walking along, he saw a man named Matthew sitting at his tax collector’s booth.  “Follow me and be my disciple,” Jesus said to him.  So Matthew got up and followed him.

10Later, Matthew invited Jesus and his disciples to his home as dinner guests, along with many tax collectors and other disreputable sinners.  11But when the Pharisees saw this, they asked his disciples, “Why does your teacher eat with such scum?”

12When Jesus heard this, he said, “Healthy people don’t need a doctor—sick people do.”  13Then he added, “Now go and learn the meaning of this Scripture: ‘I want you to show mercy, not offer sacrifices.’  For I have come to call not those who think they are righteous, but those who know they are sinners.”

Notice that Matthew’s friends were disreputable sinners.  Notice that Jesus says that He did not come to call those who think they are righteous.

When Jesus calls us, He calls us first to change our minds, to view things from God’s point of view.

When asked if they think they will go to heaven, most people will say yes, and the reason given is they believe “I am a good person.”    Jesus’ statement is:
“For I have come to call not those who think they are righteous, but those who know they are sinners.”

The message of John the Baptist and then the message of Jesus was:
“Repent of your sins and turn to God, for the Kingdom of Heaven is near.” (Matthew 4:17)

It is normal to believe what we are doing is right, and to insist on doing things the right way, which usually means my way.  However, the call of Jesus is to do things His way.

Salvation is free.  Call on the Name of the Lord Jesus Christ, and you will be saved.  However, the call of God on your life and mine is all-encompassing.  Jesus calls us to follow Him.