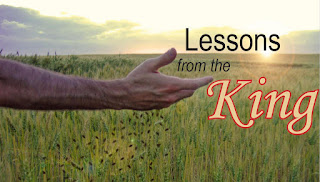 Jesus walked on water – incredible, hard to believe but true.

People are still talking about it.  This event has become synonymous with someone who can do anything.

However, this story contains truth that is essential for our lives and our relationship with God.

If you ever experience turmoil, trouble or perplexing circumstances, the truth we are about to explore can make a difference for you.

Matthew 14:22 starts with “Immediately.”  This, of course, points back to what has just happened.  In this case, Jesus just fed 5,000 men plus women and children with five loaves and two fish – a huge miracle.  To understand the importance of all of this, we are going to have to go back and tell more of the story.

Herod has just killed John the Baptist.  This was upsetting for the nation of Israel.  Especially since the people thought John was a prophet sent from God.  In addition, Jesus had sent the twelve out in pairs to preach, heal and cast out demons in the countryside of Judea.  Healing and casting out demons caused enough of an uproar that Herod heard about it and thought that Jesus was John the Baptist returned from the dead.  Herod was paranoid and anxious to kill any person he considered a threat.  When the disciples returned from their traveling, Jesus took them to a desolate place to be alone for a while. However, the people saw Jesus leaving to cross the Sea of Galilee by boat.  News quickly spread and a huge crowd raced around the lake, arriving at the far shore before Jesus did.  Seeing this crowd, Jesus had compassion on them because they were harassed and helpless like sheep without a shepherd.

This crowd was hungry spiritually long before Jesus fed them physically.  As Jesus taught them and healed their sick throughout the long day, He fed their hungry troubled souls. Political and spiritual instability had these people extremely worked up and agitated – harassed.  If you want to understand more, compare the accounts in Matthew 14, Mark 6 and John 6.

In John’s account, after Jesus fed the people, they decided to make Jesus king.  John 6:14-15 says:
14When the people saw the sign that he had done, they said, “This is indeed the Prophet who is to come into the world!”

15Perceiving then that they were about to come and take him by force to make him king, Jesus withdrew again to the mountain by himself.  ESV[i]

Matthew 14 gives some details about what happened and how Jesus withdrew.  Matthew 14:22 tells us the first thing Jesus did was to compel His disciples to get into the boat.  The word translated “made” or “compelled” is the word “anagkazo” and it means to compel with urgency or to constrain whether by force or threats.[ii]

This was necessary because the disciples did not understand Jesus’s mission.  Later, after Jesus had spent three years teaching them, Jesus was explaining that He had to go to Jerusalem to die on the cross.  Peter began rebuking Jesus and Jesus told Peter:
Get behind me, Satan!  You are a hindrance to me.  For you are not setting your mind on the things of God, but on the things of man.  (Matthew 16:23, ESV)

When Jesus was forcing them in the boat, the disciples were in serious danger of being swept along with the crowd in the passion of the moment.

Too often, we are like Peter.  With our minds set on the things of men, we are a hindrance to the work of God.

It seems it is always this way.  Isaiah 55:8 puts it in these terms:
"My thoughts are nothing like your thoughts," says the LORD.  "And my ways are far beyond anything you could imagine.”  NLT[iii]

In addition to trusting God’s plan, the disciples had to trust God’s presence.

The word translated "dismiss" in verse 22 and “send away” in verse 15 is the same word.  The word is “apoluo,” and it implies the release or annulment of an existing bond.[iv]  It is also the word used for divorce.  Jesus sent the disciples away while He dealt with the crowd.  He had to deal with their Messianic hopes and kingdom aspirations.  He had to let the crowd know that their plan was not His plan.  He had to send them away.

As a side note, we often get sent away in the same way.  Whoever calls on the name of the Lord will be saved.  However, often we come to Him with our plan and our agenda and tell Him what to do, how to do it and when to do it.  When we come this way, we get dismissed.  Calling on the name of the Lord and coming to Him with an agenda for Him to follow are two different things.

Back to the account in Matthew… The disciples had been crowd control for Jesus during the meal.  They served the food and picked up the leftovers.  Now, they had to leave the important stuff to Jesus and slog through a long night crossing the lake.  Did Jesus even know what was happening with them on the boat?  Did He even care?  Once, at a different time, they were in a boat and Jesus was sleeping in the back.  When a storm came up they woke Him with the question, “Teacher, do you not care that we are perishing?”  (Mark 4:38, ESV)  In the case before us, Jesus was not even in the boat.  And by the fourth watch of the night, which is between 3 and 6 in the morning, they were struggling.  They had been rowing all night but the wind was against them.  When Jesus came walking to them, they were terrified.  (Matthew 14:26)

Have you ever felt abandoned?  I think the disciples did at that moment.  They thought Jesus was a ghost.  They were learning and the lesson was ““I will never leave you nor forsake you.”  (Hebrews 13:5, ESV)

God taught the Israelites this lesson, saying in Deuteronomy 31:6:
Be strong and courageous.  Do not fear or be in dread of them, for it is the LORD your God who goes with you.  He will not leave you or forsake you.  ESV

How often we panic or are in fear because of circumstances and the storms of life!  As God’s people, we are to be strong and courageous.  2 Timothy 1:7 says:
For God has not given us a spirit of fear and timidity, but of power, love, and self-discipline.  NLT

Whatever you are facing, let me encourage you with the promise that the Lord Jesus will never abandon you.  We, along with the disciples, must trust in His presence.

The disciples had to trust in God’s plan and His presence as they left Jesus and got into the boat, and when they found themselves in a bad situation, they had to trust in His power.

A moment came when the storm got Peter’s attention.  This world is so pressing, so real to us that the thought of walking on water is impossible.  Jesus asked Peter why he doubted (verse 31).  However, Peter believed his eyes, ears and senses.  A lifetime of interacting with water had taught Peter how to swim but not how to trust God over what he was seeing.  How many of us truly believe Jesus’s statement:
Truly, I say to you, whoever says to this mountain, ‘Be taken up and thrown into the sea,’ and does not doubt in his heart, but believes that what he says will come to pass, it will be done for him.  (Mark 11:23, ESV)

The heart that has seen the power of God worships.

When the Israelites had crossed the Red Sea on dry land, they worshiped.

When Goliath had been slain by a shepherd boy, Israel worshiped.

Whatever storm you are facing, stand still and worship because you will see the deliverance of the Lord.

We live in an age of troubled hearts.  Political turmoil abounds.  Wars are only increasing.  The end is drawing near.  We all know it.  It is important to remember the words of Jesus:
"Don't let your hearts be troubled.  Trust in God, and trust also in me.”  (John 14:1, NLT)